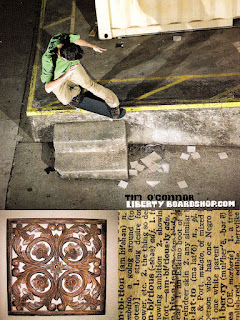 I really like Tim's little powerslide before the wallie over the jersey barrier in his opening line for Mosaic. He starts it off with what I believe is a fakie varial flip on the Brooklyn Banks, does a shove-it, the powerslide, and then the wallie. It's too bad ankle injuries took him out of the game. He had some of the best backside ollies on banks and mini ramps. 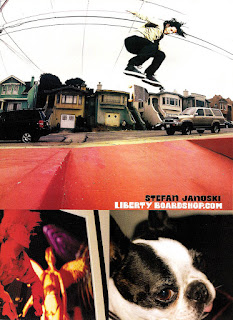 "I once used my shoe as another form of ID at a Hertz rental-car counter."

The successful sneaker designer pilots a switch backside kickflip across a driveway gap. Stefan upped the opposite footed game with his part in Mosaic. His casual and lanky style probably made the tricks look much easier than they were to actually do. Liberty worked his dog Liam into the ad, too.

Is that a photo of Nirvana?

Shout out to Cole Nowicki and Simple Magic. You get extra props for citing sources. 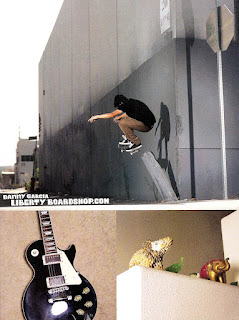 2023 marks the 20th anniversary of Habitat's Mosaic video. As it has been covered to death, I didn't bother putting anything together to commemorate the passage of time. However, I had a few of the team riders randomly scanned in already so I decided to tie that in with a small anniversary feature.

Habitat debuted with a section in Alien Workshop's Photosynthesis video in 2000. Mosaic was their own video three years later that had a Workshop section, which was notable for Jason Dill's line skating in an era of stair jumps as well as Anthony Pappalardo's street stylings.

Danny had the last part in Mosaic. It was probably a toss up between him and Stefan Janoski as to who would close out the video. Both skate remarkably well. I've always thought Stefan's part had more of a last part mood because of how it was sequenced. Thinking about it now, Danny had been with Habitat since the beginning whereas Stefan had switched over from Expedition so it makes more sense to give Mr. Garcia the ender. His skating is a little more subtle and maybe doesn't register at first as to how good he is. Everything is so smooth and solid you need to spend some time processing what he is doing. Danny is still out there, skateboarding, playing basketball, and recording music.

Liberty was a skateshop in Brea, California. It was started by Matt Pindroh in 1993. They stepped it up by running ads in the mags and had some top pros on the team. I don't believe they are around any longer.

In the week off, I didn't really organize or plan anything out. I guess I needed the break. I did dodge some winter weather to skateboard a few times so there's that. 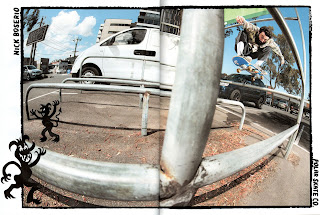 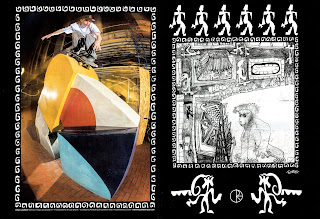 I had a conversation all planned out in my head back in the early summer when the Tony Hawk documentary was making the rounds. If somebody asked me if I had seen it, my reply was going to be, "Nope, I don't have HBO. Tony always presents himself professionally so I'm sure it was good. Did you see the Last Resort video? That actually meant something."

Pontus Alv did pretty well for himself with the videos for Last Resort AB and Polar. Sounds Like You Guys Are Crushing was a fun watch and featured all the familiar heads. I thought Nick and Emile were the stars. Since I've ridden so many Polar boards, I tend to favor the guys with their name on the deck I'm riding. It's nice to see what they are up to so I was stoked on new skating from Aaron Herrington, Paul Grund, and Dane Brady. Alv's Angels was an enjoyable viewing, too. Chris Milic channeled Jeremy Klein for his impressive closing section. I guess I still dig Polar, although I maybe want to try some other brands for the sake of variety. I'm still riding the boards as they feel good and any time I switch up my ride on whim, it can get uncomfortable. Growth is learning from your mistakes over the years and not repeating them.

Vert Is Dead will be back on Monday, January 30th. I'm taking a little winter break from this thing to organize content and figure out what to post next.

Posted by Justin at 9:08 AM No comments: 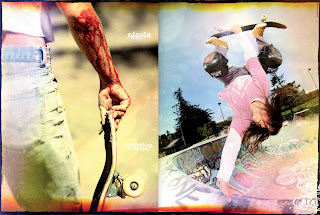 Nicole is from Stillwater, Minnesota. She rides for Real, Indy, Nike, and Bronson. Some of her favs are Nora Vasconcellos, Peter Hewitt, Pedro Delfino, Happy Gilmore, and Kendrick Lamar. The first best trick she learned was the blunt to fakie. Nicole is a classic park and vert skater who is unafraid of the occasional gnarly street drop-in.

Real tripled their professional vert team in 2022 with Nicole turning pro and adding Jimmy Wilkins. Max must be happy he doesn't have to skate alone any more.

The photographs are by Gabe Morford. 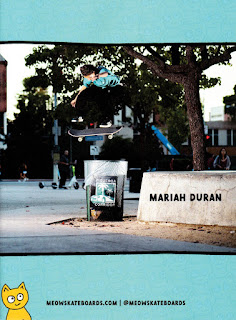 Mariah is from Albuquerque, New Mexico. Her two brothers, Elijah and Zeke, also skateboard. They grew up rolling together and Habitat's Inhabitants video was a big influence for the trio. Mariah is pro for Meow, Thunder, and Adidas. She's got a mean hardflip, skates rails, and will do tricks into some steep looking ditches. Her skating very much builds off of what Elisaa Steamer and Alexis Sablone have done. 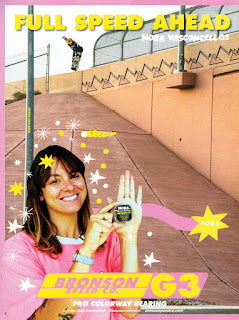 It felt like Nora did a lot and was constantly around in 2022. I thought she had a video part or two, but I couldn't find anything specific. Adidas gave her a pro model shoe and has been pushing that in their advertisements lately, which is cool to see. Nora was in a fair amount of ads and articles so that's maybe why I was thinking there was a video, too. I do not know. Nora rips and I don't have much else to say.