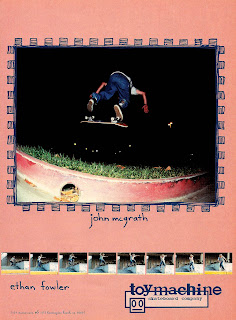 Ethan had been on TV, Ed Templeton and Mike Vallely's board company before Television. He was an am for Toy Machine and then turned pro for Stereo. I watched Live the other night and you can see the change in Ethan. He goes from wearing baggier clothes and doing more tech tricks of the time to tighter clothes and skating with more power.

Jon was an am for Toy Machine. He also was on Planet Earth and their spinoff, Rhythm. He moved behind the camera and is an accomplished photographer these days. 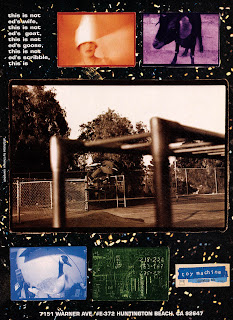 Ed started Toy Machine at the end of 1993. He had been riding for Television previously. Toy Machine was initially distributed by Brad Dorfman at Vision. Ed took things over to Tod Swank at Tum Yeto in roughly the middle of 1994 and has been there ever since. The original team included former Televison riders Ethan Fowler, Jerry Fowler, and Jahmal Williams. Joe Nemeth, Panama Dan, John McGrath, and Pete Lehman were some of the others during the early days of the company. 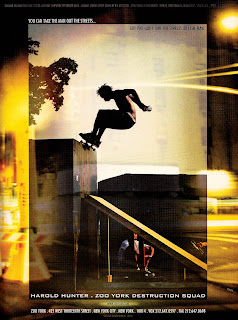 There's some weird coincidences going on lately between this website and skateboarding elsewhere on the internet. Last week when I was posting Think stuff, Thrasher put Phil Shao's part from Dedication up as a Classic. Yesterday, they added Harold Hunter's part from Mixtape. At some point recently, Skate Park of Tampa had Dan Drehobl's part from Transworld's Free Your Mind, too. I'm not sure what any of this means, but I like it. 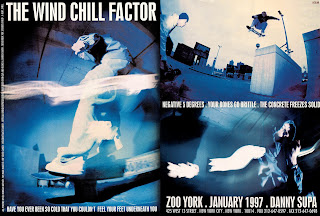 Have you ever been so cold that you couldn't feel your feet underneath you? 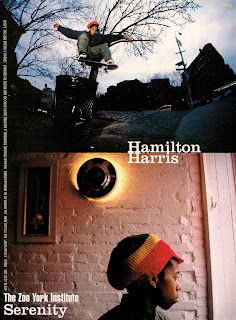 Big Ham straight, frontside, & backside ollies over can and bricks to sidewalk.

The photos are by Eli Morgan Gesner. 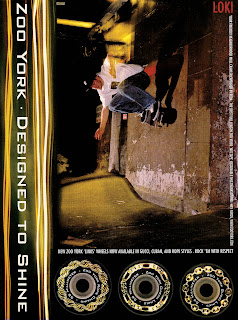 And you thought things got obscure when I did the look back at the Black Label.

Clint Walker dropped one hell of a turning pro clip. The no-comply over the handrail was great. Hopefully the kid didn't Pat Duffy himself into unmeetable expectations for the future. 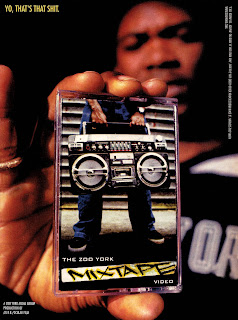 Yo, that's that shit.
Y'all know us.
Keepin' doin' it our own way.
Not the way every other knucklehead does it.
Witness the video.

Zoo York turns 20 this year and I figured to take a quick look back at the Mixtape era of the company. This was their first video and was released in 1998. The team was Peter Bici, Anthony Correa, Robbie Gangemi, Harold Hunter, Loki, Jefferson Pang, Vinny Ponte, Hamilton Harris, and Danny Supa. R.B. Umali was the main filmer and Eli Gesner worked some ridiculous studio magic to put the whole thing together.

The video soundtrack featured footage from the Stretch Armstrong & Bobbito Show. This was a radio show that aired on WKCR, the station of Columbia University. Adrian "Stretch Armstrong" Bartos and Bobbito Garcia had many rising hip hop stars before they were famous on their radio show, including Busta Rhymes, Fat Joe, Method Man, and Ghostface Killa. Mixtape had DJ Roc Raida of the X-ecutioners mixing some tunes as well. 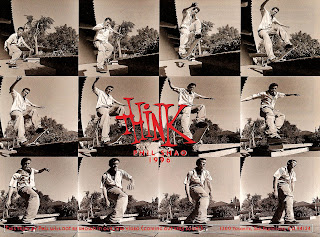 "Of course it's Phil Shao. Dedication. 1998. Love it. It's Phil at his finest. Vert, street, pools, street with pads. It's got everything. It's awesome. Ft. Miley, China Banks. I mean Phil, what can you say? Style, power, one of the best ATVs of all time. Rest in paradise, brother." - Al Partanen 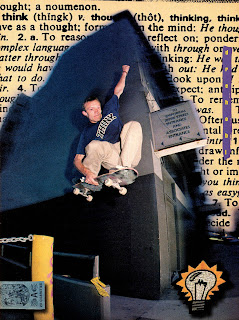 Time of the season. 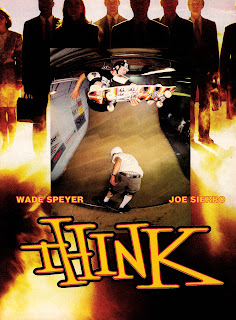 Since I wasn't able to fit Wade in during the look back at Black Label, I made sure to find a good one for this week. Wade rode for Dogtown and Powell before Think. He joined the Label at the end of the 1990s and has been there ever since.

Joe was an am for Think and Independent. 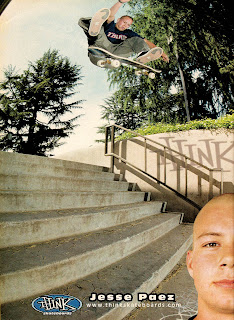 Straight out of Visalia.

Jesse and his brother Richard both rode and turned pro for Consolidated. Jesse switched over to Think in the middle of the 1990s. He was sponsored by Kastel Footwear, too. Jesse was also an am for Dogtown way back when. 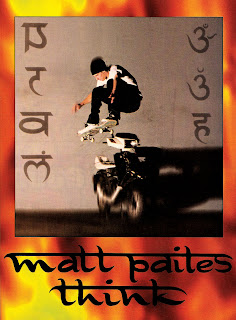 Think for the week.

Think is one of those companies who occasionally left you wondering what exactly they were going for with their ads and graphics. However, there is no dispute that the guys riding the boards are straight up rippers.

Matt is from the Boston area. He turned pro for Think after moving out to San Francisco. He has also ridden for Supernaut and Physics Wheels. Matt helped start Ipath with Matt Field and Matt Rodriguez. He is currently pro for Creation and manages the 28th & B Skatepark in Sacramento. 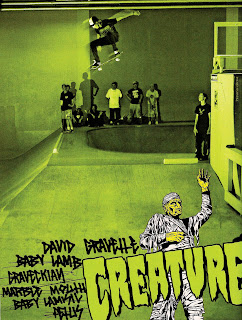 The photo is by Joe Hammeke. 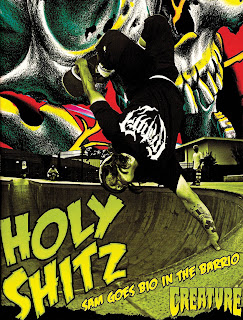 The cameraman was Chris "Rhino" Rooney. 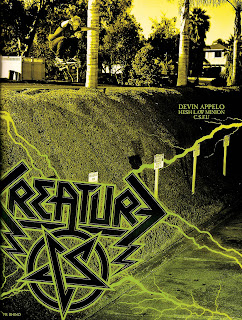 "Your heels always hurt all the time, but it’s worth it."

Devin is an am for Creature who likes boardslides, Hamm's, and Wendy's. When he's not hucking himself off a building, his hobbies include camping and riding motorcycles.

Thanks to Skateboarder for doing the Tuesday 25 interview series. It's where I got the info for Devin and Adrian Mallory. 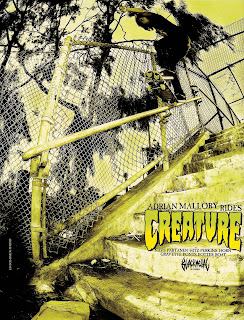 Adrian rode for Pig and then switched over to Creature. He likes frontside Smith grinds, Black Sabbath, and chicken black bean casserole. His other sponsors include Independent, OJ Wheels, Paradox Grip, and Pacific Drive Skateshop.

It's another photo by Ed Dominick. 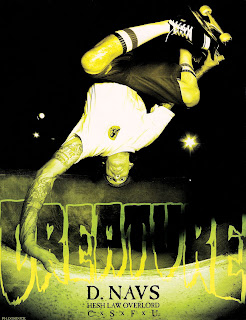 It is Creature week since their CSFU video is out now with the May issue of Thrasher. All the scans this time around will be from the second version of the company that was restarted around about 2005. The new video is really good and has a full range of street, park, and ramp skating from all your favorite Fiends. It's crazy to think how much skateboarding has evolved to the point where the same skater can blast a big 360 transfer from bowl to bowl and then do a kickflip frontside crooked grind as part of a street line. The notion of riding everything is being fully embraced by the next generation.

Note: Either I was doing something wrong or Creature did not advertise much because I was having the hardest time finding ads. It looks like NHS has a rotation of ads where there is a couple months betweens ads for some of their companies.

Ed Dominick was the photographer.